Eyes glued to Utah County’s election results website, every few minutes felt like an eternity as we nervously checked our devices for the latest ballot count. It was Tuesday, November 6, 2018 — the day that voters in Orem, Utah would determine the fate of Utah Valley University’s student housing situation, and a lot was at stake. As a firm, we had invested millions of dollars into a proposal to build a student housing complex adjacent to the University, spent hundreds of hours on a campaign to dispel misinformation about the project in the community, and felt genuinely concerned for our children and grandchildren who one day might attend UVU without any on-campus housing available to them if voters did not approve Proposition 5.

So, how did we find ourselves in this situation in this first place?

The UVU Student Housing Project began several years ago when former UVU President Matthew Holland approached PEG Companies, requesting support in solving a major crisis facing the University — a severe shortage in student housing. Market research shows current student housing facilities around the university can collectively accommodate for less than 13 percent of the 39,931 students enrolled, forcing a large majority of UVU students to commute from across the Wasatch Front and/or independently find their own lodging away from campus. After many conversations with UVU and Orem City leaders, as well conducting our own in-depth analysis at PEG, we teamed up with Woodbury Corporation to draft a project proposal that would eventually evolve through more than 50 iterations over the next several years.

After incorporating a variety of attractive benefits to the City into our plans at no cost to taxpayers (i.e. widening highly congested streets, building a new traffic signal and sidewalks, and agreeing to offer free parking for residents and visitors), Orem City Council approved the project, and we had the green light to start construction — or so we thought.

In Spring 2018, a group of neighbors who opposed the project and growth of UVU in general attempted to ban the land rezone required to build the UVU student housing community.  The group filed for a referendum, attained the signatures they needed, and the project was placed on the November ballot as a voting item called Proposition 5.  It was during this time that we began to understand the importance of every vote but never imagined to what extent we would be learning that lesson later that year.

By Fall 2018, we were in full campaign mode, and it was all boots on the ground.  After a long day’s work several times each week, our office and Woodbury Corporation’s office would head out into the community to knock on doors in every neighborhood of Orem.  We hosted town hall meetings, held Q&A sessions, sent several rounds of mailers, and launched social media campaigns. As people began to learn the truth about the project, they realized how vital the student housing community would be, not just for students but also for the community at large. Soon, momentum picked up, and we publicly gained the support of key groups including the UVU Board of Trustees and the Alpine School District.

Going into Election Day, we were cautiously optimistic. Polls were trending in favor of Proposition 5, but those who opposed the project were louder and more aggressive than ever before. After hours of waiting for ballots to be counted, the results began trickling in. With votes for and against Proposition 5 neck-and-neck all night long, all eyes were on this race. Investors, development partners, and colleagues across the country were right there with us, refreshing their computer screens every few seconds until finally, early the next morning the ballots were tallied, and we had the lead by one vote.

Every door we knocked on, every voter we met, every town hall meeting we hosted, every social media post we curated — it all flashed through our minds, knowing that without even one of those efforts, the election outcome could have been devastatingly different. It was both humbling and gratifying to look back at our long days and sometimes sleepless nights leading up to the election, knowing that all of our work was critical — and so worth it.  We felt extremely grateful for the incredible support we had from UVU students, dedicated project partners including Woodbury Corporation, voters who promoted the facts and helped dispel rumors surrounding our plans, Orem City Council and community leaders, and so many others who showed that they value continued education in Utah County.

Fortunately, over the next several weeks as the remaining ballots were tallied, we closed the gap and ended up 1,788 votes ahead. Proposition 5 went through, and The Green on Campus Drive broke ground a couple of months later [see the attached video for more on the groundbreaking].

Once complete, The Green on Campus Drive will consist of five buildings with 1,604 beds, single-occupancy rooms, a parking structure, and unique amenities to the area. Additionally, our plans include the construction and donation of a pedestrian tunnel to allow for direct walkable access to campus, which will significantly reduce traffic congestion around the university – an area known for transportation gridlock and frequent crashes.

The first buildings of The Green on Campus Drive are tentatively scheduled to open in Fall 2020, with the remaining buildings to follow in Fall 2021.  Together with Woodbury Corporation, we plan on honoring many of the stakeholders and community members who supported this project in a unique way when the long-awaited community finally opens its doors (stay tuned!). While we will always be proud to have built UVU’s first student housing community contiguous to campus and thus improving the college experience for thousands of students, The Green on Campus Drive will forever serve as an invaluable reminder to us of the imperativeness of community support and the power of one vote. 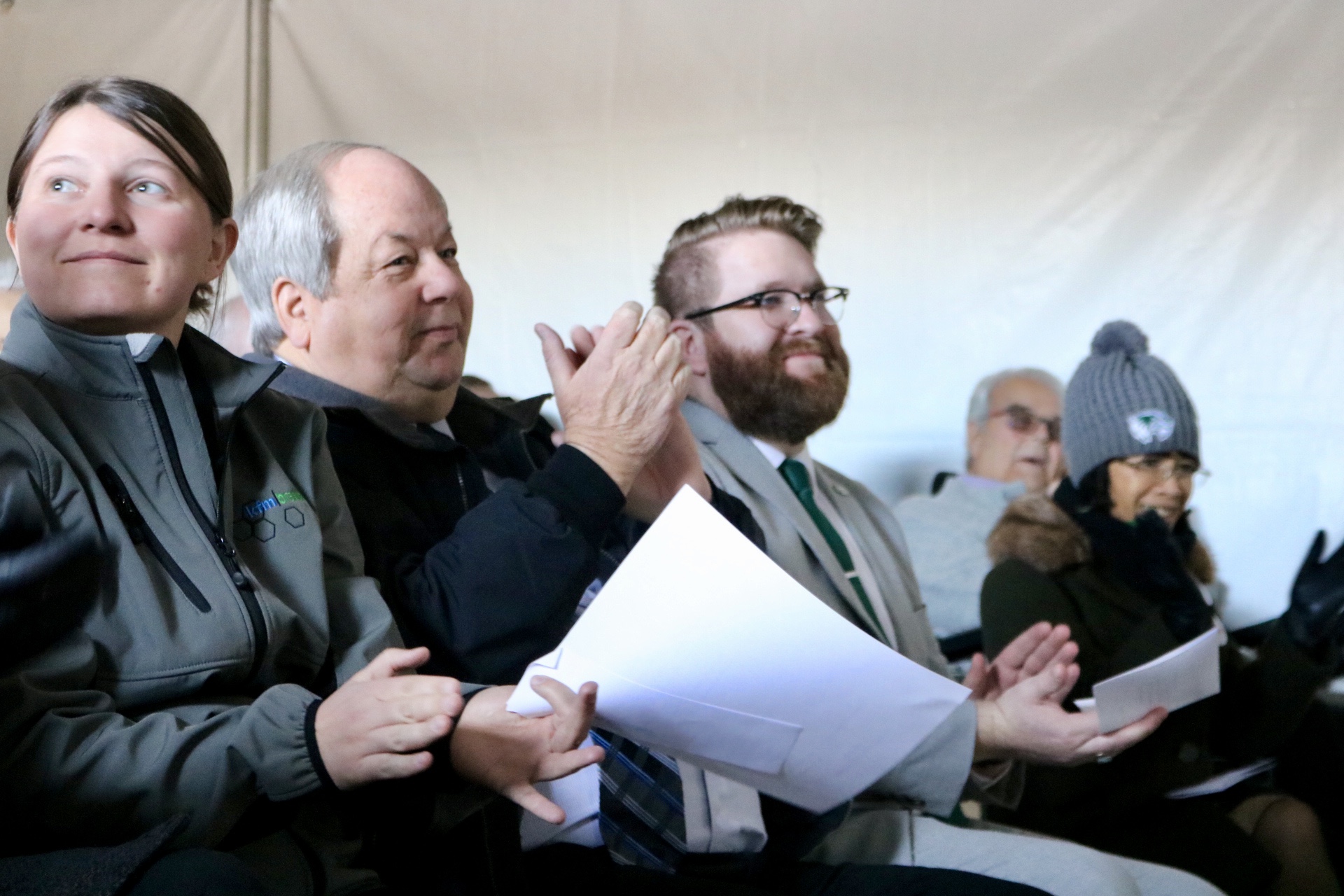 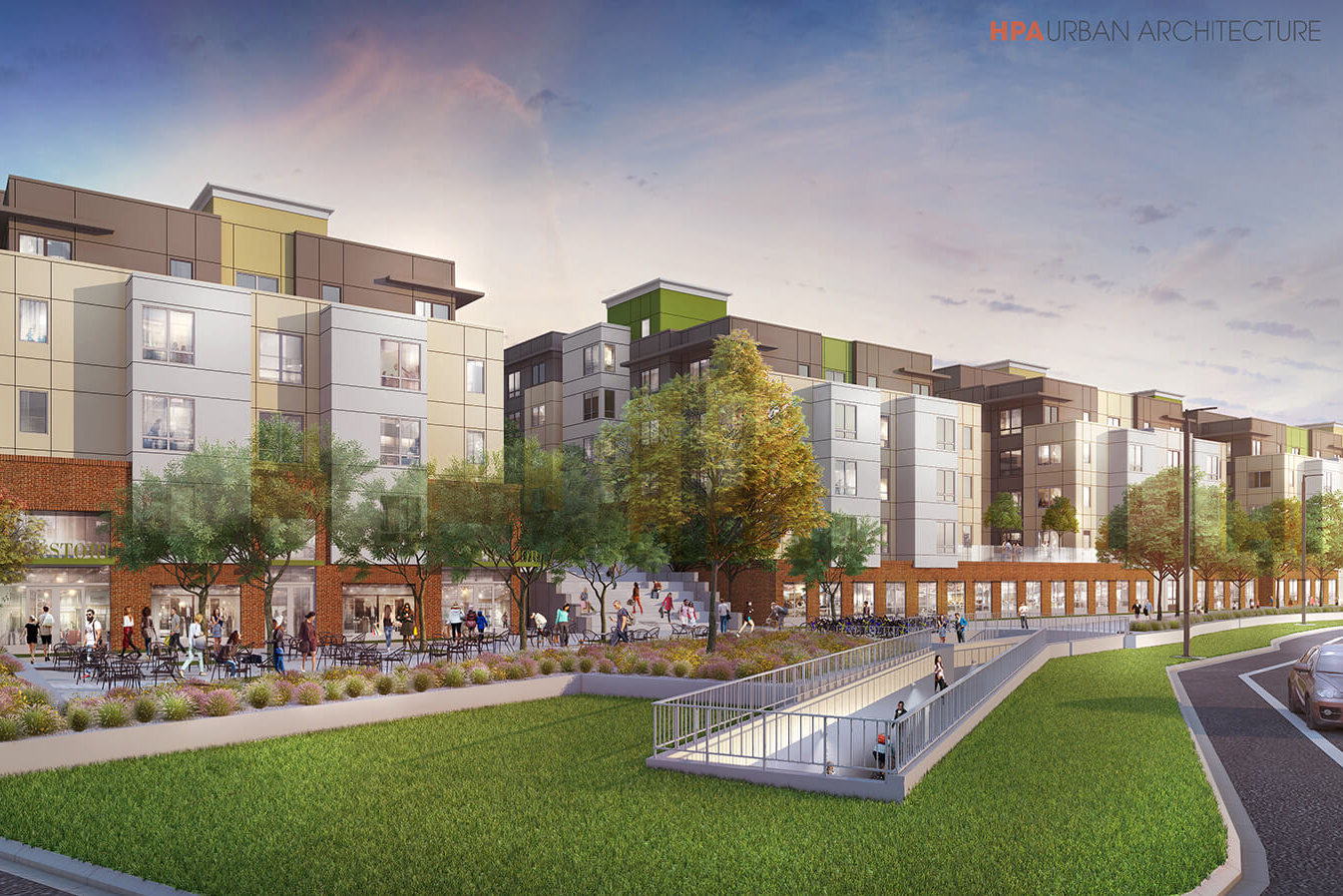 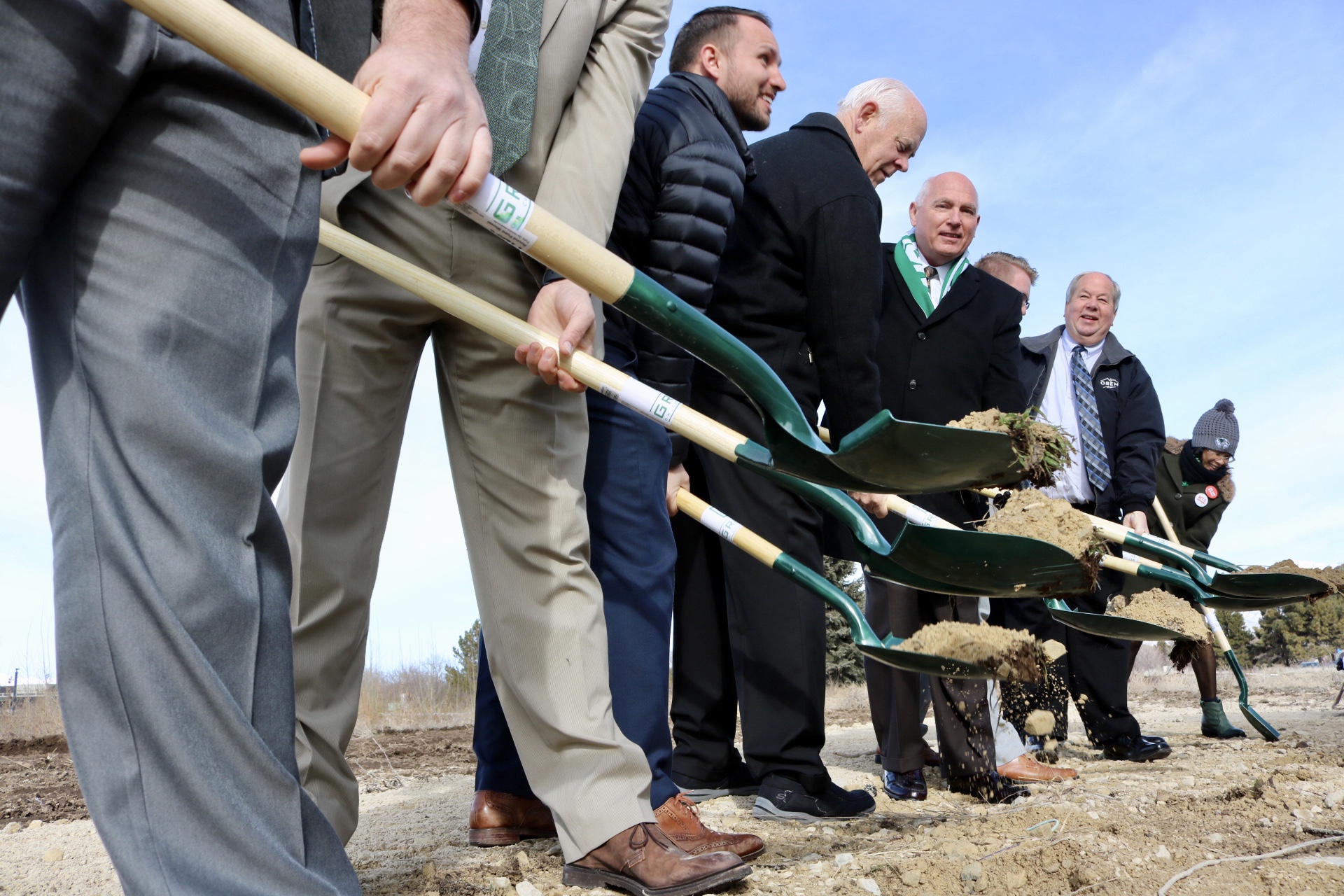 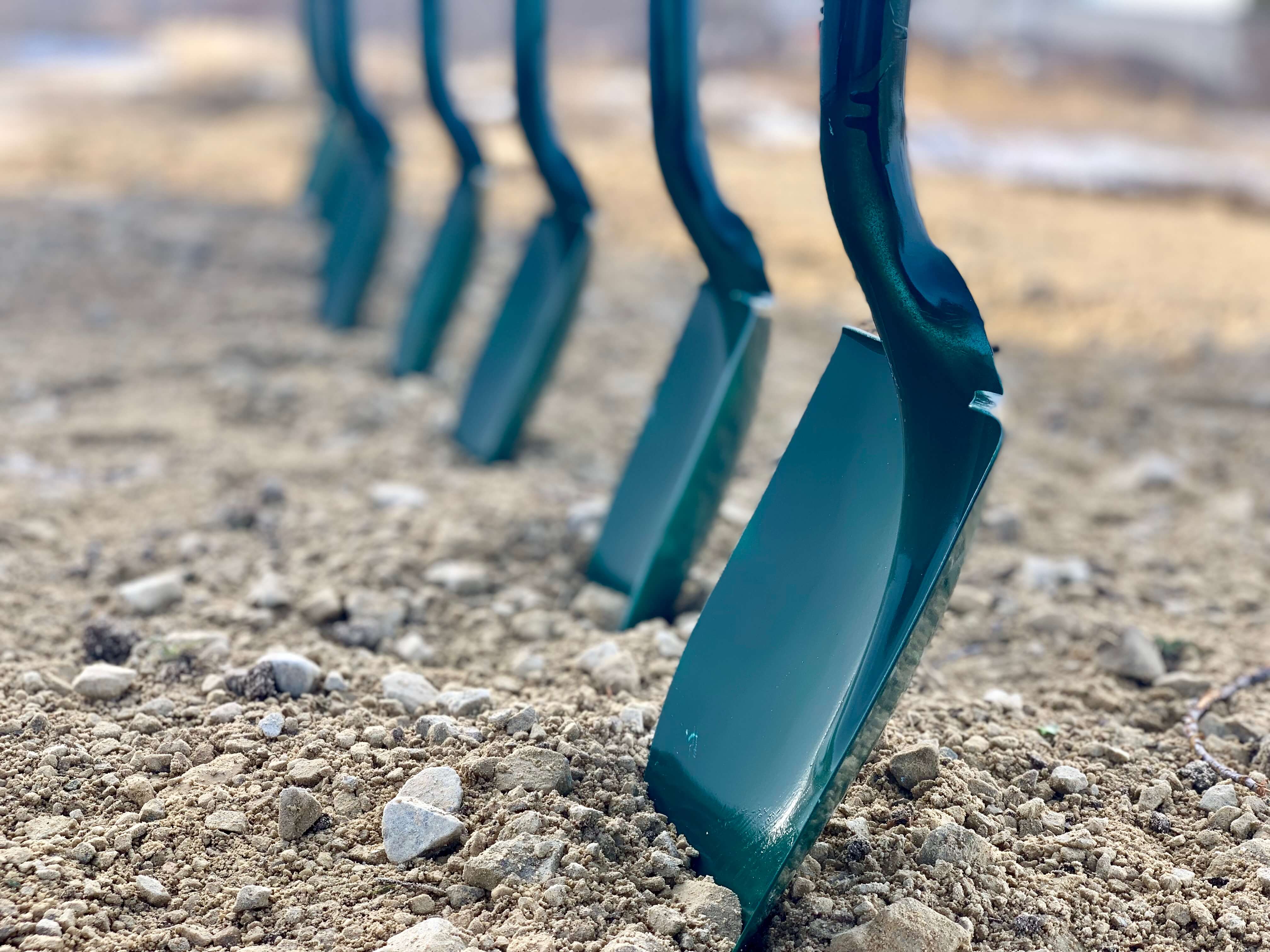 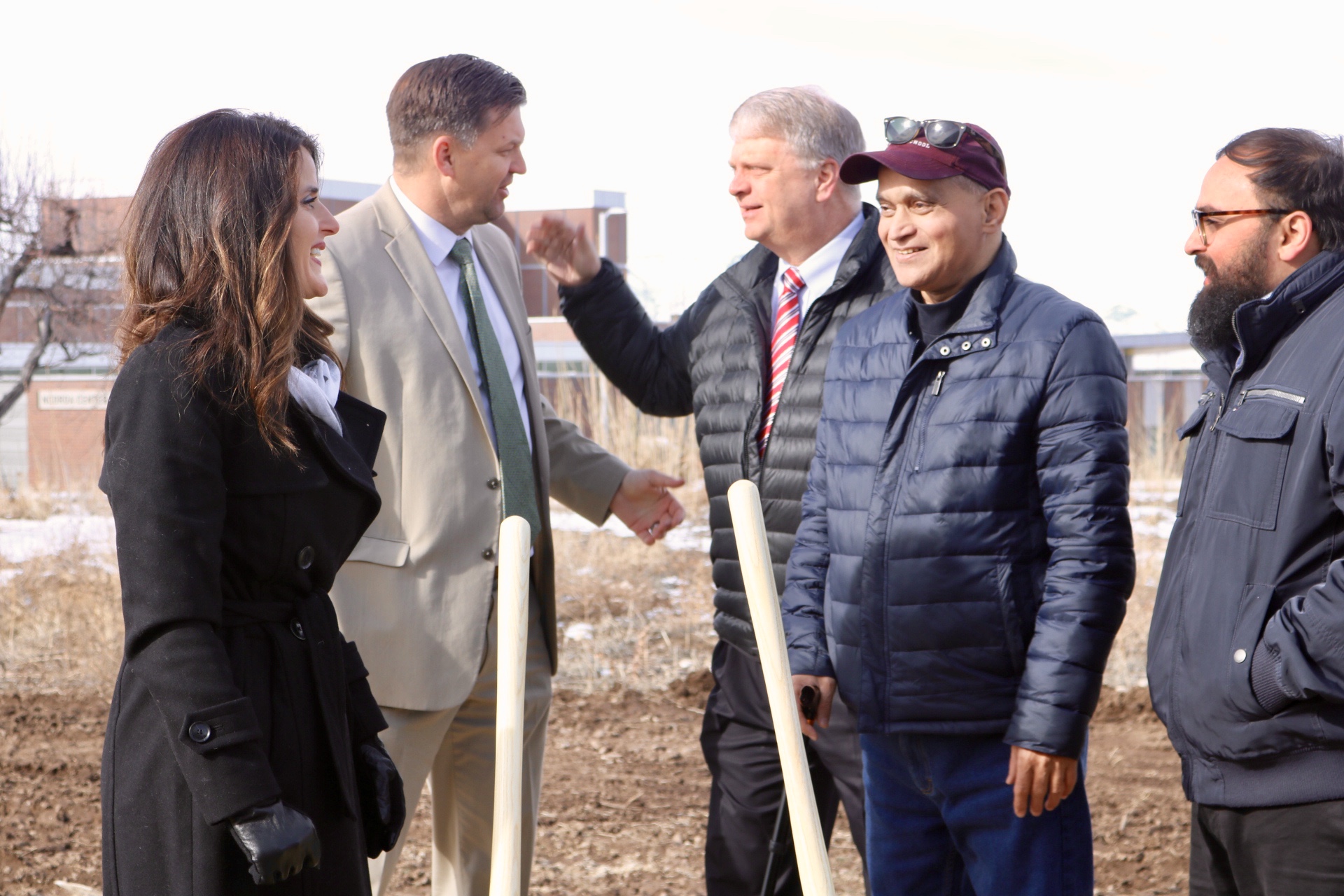 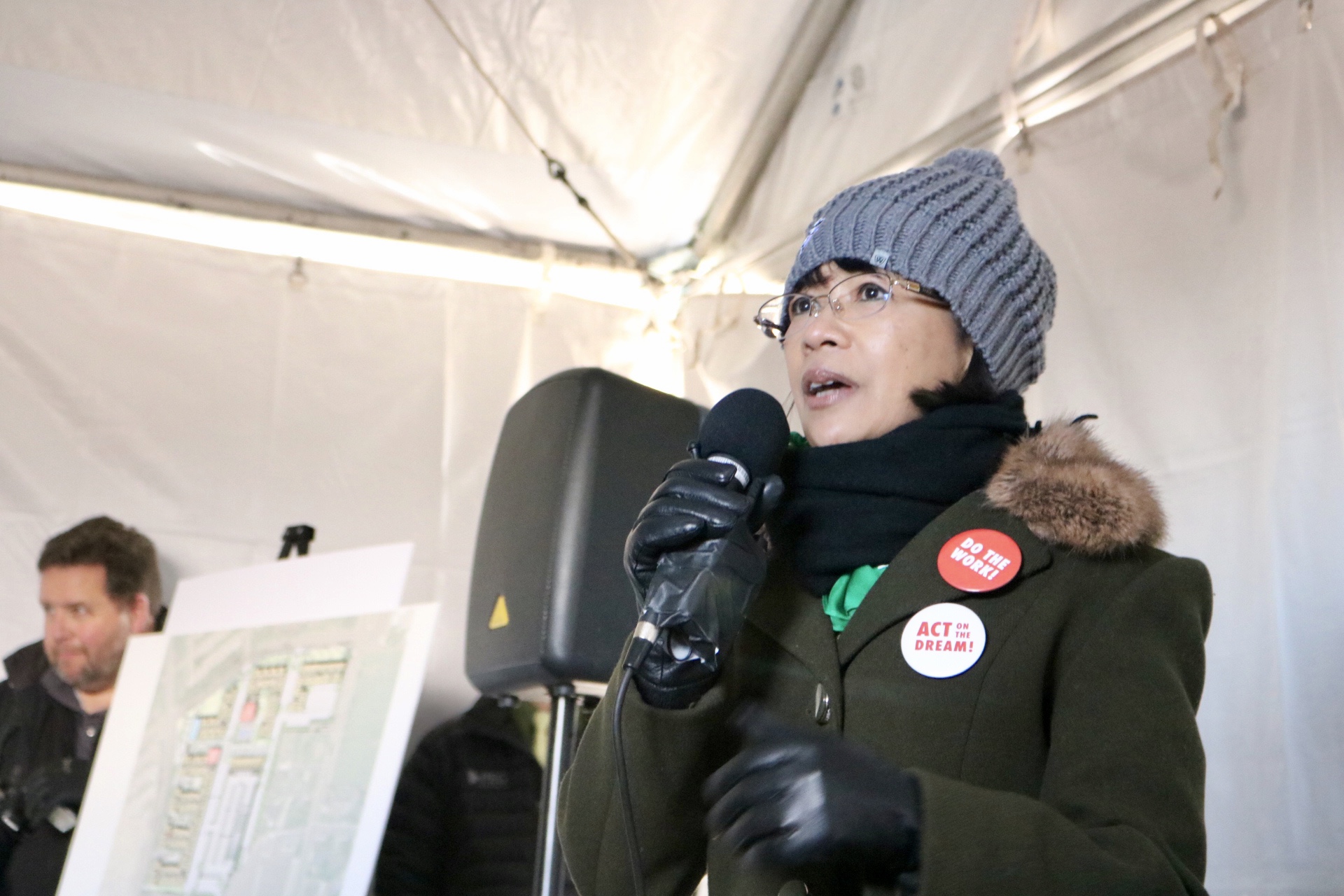 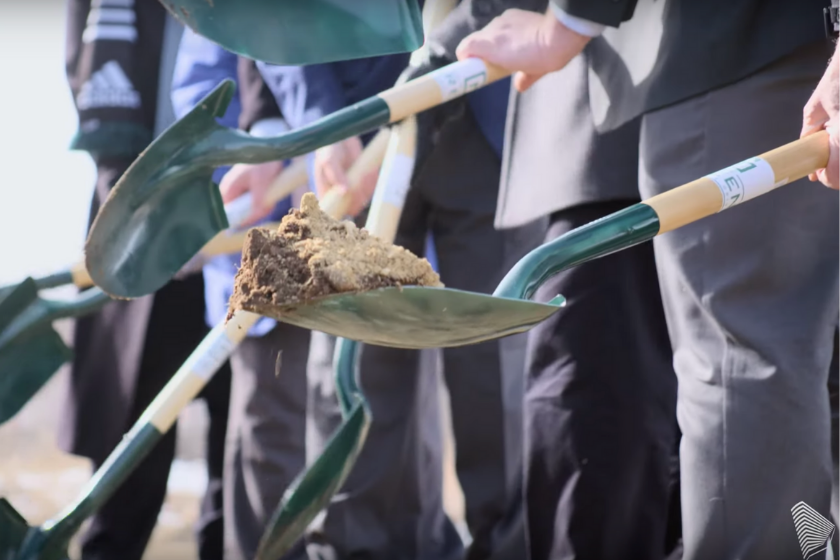