WANT TO LEARN MORE? SCROLL DOWN TO THE FORM BELOW AND CONTACT THE TEAM TO REQUEST A VIRTUAL CONFERENCE PRESENTATION AND ABILITY TO ASK QUESTIONS, MAKE COMMENTS! 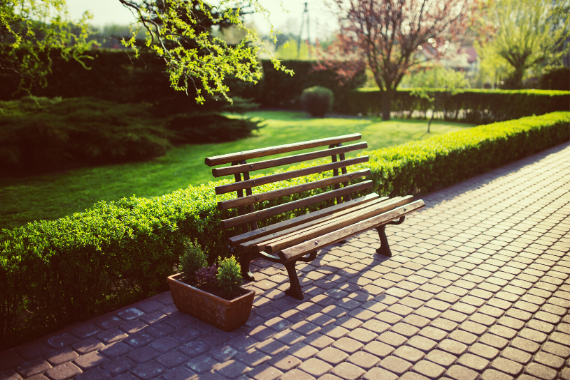 Included in the new redevelopment plan are multiple community plazas that will enhance the experience users have on these base area parcels. A large plaza is located on Parcel E; this new plaza is organized at the intersection of the community, mountain, and two proposed new buildings. As the hub of activity for the lower base area, this space strives to find a balance between large group events, busy ski days and summer activities. On the south, there are opportunities for plaza level retail and restaurant pads to complement the commercial activity that exists today, and terrace-level restaurant dining. Near the skier services connection is an elevated platform that can be used for concerts or outdoor seating. On the north side of the plaza is an umbrella bar and connection to a ski club. At the center of the plaza is a large fireplace, becoming a landmark within the space.

Due to its location at the intersection of Empire Avenue and Silver King Drive, Parcel D has the smallest and most simple program, and features an open plaza that can host a variety of community activities. The open plaza is a prominent feature of the development and frames a primary view corridor through the Parcel E plaza to the mountain. It is bordered by two levels of retail space on the south.

On Parcel C, next to the mountain itself, are the large outdoor gathering spaces. These include the mountain plaza featuring ski slope access and becomes an extension of the hotel lobby. As the grades fall to the north an elevated pool terrace and outdoor dining terrace rise above the adjacent runs and the First Time Lift. Festoon lighting, furnishings and other amenities add to the character of the space. 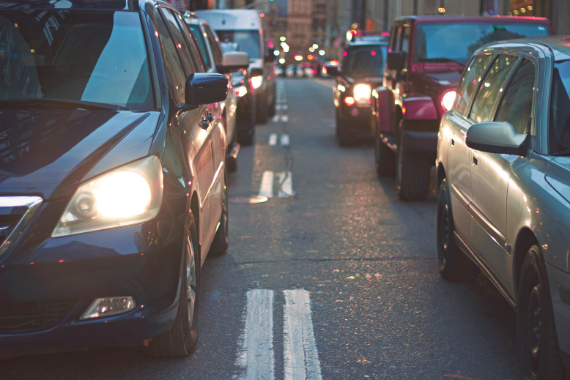 A new traffic circulation pattern is being proposed through the base to provide more efficient and safe movement for all modes of travel including pedestrian, bike, bus, and vehicles. This flow pattern will include new roundabouts at the Empire Avenue / Silver King Drive, and Lowell Avenue / Silver King Drive intersections with a two-directional traffic flow between the roundabouts, and a one directional flow south of the Lowell Avenue roundabout and through the resort. The one-directional circulation pattern will allow for two travel lanes around the base with southbound travel on Lowell Avenue, to eastbound travel on Manor Way, and northbound travel on Empire Avenue to the Silver King Drive roundabout. It is proposed that both upper Lowell Avenue and upper Empire Avenue roads be de-emphasized by making the resort circulation the major traffic flow movement, and hopefully discouraging resort traffic from entering these areas. Additionally, Shadow Ridge Drive will be one-way eastbound connecting Lowell Avenue to Empire Avenue. Within the proposed circulation pattern an Uber, Lyft, black car, skier drop-off area is being planned on the north end of the project at the ski beach location, and a guest area drop-off is being planned adjacent to Parcel B. 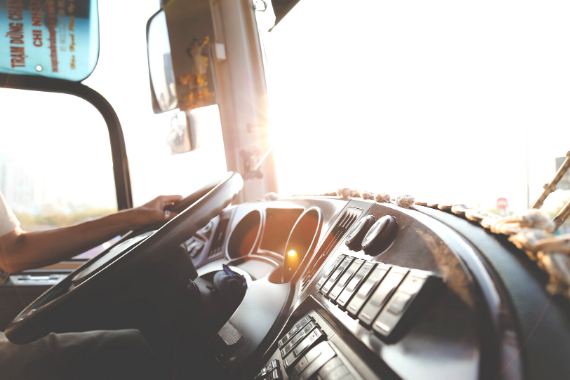 Multiple transit routes enter the resort area from Park Avenue, Deer Valley Drive, or Three Kings Drive with stops on the south end of Lowell Avenue near The Lodge, and at the northern end of Empire Avenue near the Edelweiss Haus. Working collaboratively with the land owner and the City, it is being proposed that the existing bus routes will be in a new revised, more efficient traffic circulation pattern with a one directional counterclockwise flow that will allow continued right-side access to the Park City Transit bus stops, with two travel lanes in the direction of flow, and an expanded and more efficient (4 bus) sawtooth stop area near The Lodge, for buses only. Uber, Lyft, black car and other drop offs will occur at the north end of site near in a designated area, eliminating the multiple conflicts at the bus stop. 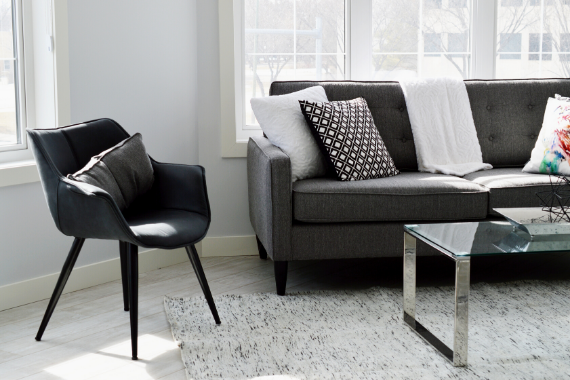 We have created a mix of creative residential, lodging, traffic and parking solutions to enhance the experience for everyone. Based on community feedback, we have proposed constructing day-skier parking and on-site affordable and employee housing in the first phases of the project.
s
In conjunction with the submission of a new proposed Master Site Plan for the redevelopment of the base area parking lot parcels, PEG Development proposes 72,453 sf of net affordable housing, which results in approximately 59 units in a mix of 1, 2- and 3-bedroom configurations. The proposed plan is intended to satisfy the requirements of the March 25, 2015 Master Planned Development through applying the current 2017 Park City Affordable Housing Resolution. 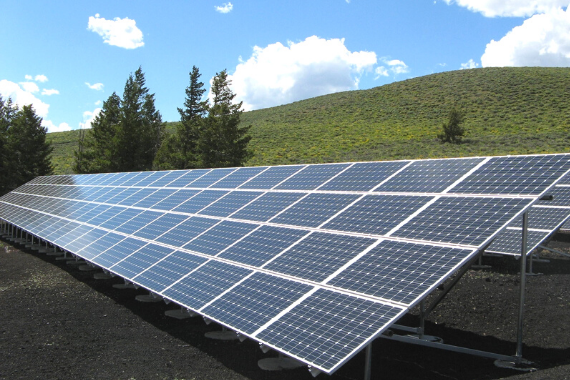 Park City, as a leader in sustainability, has made North America’s most ambitious climate goals: to be net-zero carbon and run on 100% renewable electricity for city operations by 2022, and for the whole community by 2032 through Resolution 28-2017. While private development is not subject to the requirements of Resolution 28-2017, it must nonetheless make and attain sustainable goals in order to reach alignment with the City and community. The Sustainability Guidelines for the Park City Base Area Lot Redevelopment respond to local energy and environmental issues as it relates to the built environment. The topics found below are meant to include suggestions on performance indicators and to inform decision on best practice for the redevelopment. It is meant to be flexible to accommodate any proposals for change.
The Story
After more than a year of community outreach and Park City Municipal Corp. meetings, PEG Companies submitted in February 2020 its application for the redevelopment of the surface parking lots at the base of Park City Mountain.

Over the past year, PEG has prioritized community meetings alongside its project planning work. We are meeting with neighbors, business owners – from local ski shops to the hospital, community groups such as the National Ability Center, multiple HOAs, and local residents from throughout Park City.

Park City Mountain Resort is world-renowned for its fantastic snow, exceptional terrain and mountain operations, and its proximity to historic Old Town Park City. For destination visitors, Park City is also an efficient 45-minute shuttle ride from Salt Lake City International Airport. In 1998 Park City entered into a Development Agreement with a Developer (Powdr) to create a cohesive development at the base of the mountain. Five parcels were included in the original Development Plan, however, only one of the parcels was developed (Parcel A) into Marriott Mountainside.

In the 21 years since the original Development Agreement no additional progress has been made on the remaining parcels. At PEG Development we see the site as a particularly exciting opportunity for Park City. The site is extraordinarily challenging due to various factors including construction phasing, engineering, parking replacement and economics, to name a few. The proposed development plans address those challenges and we are excited to have submitted an application to amend the Development Agreement with a proposed Master Plan Study that is significantly more reflective of current and future community and neighborhood goals. 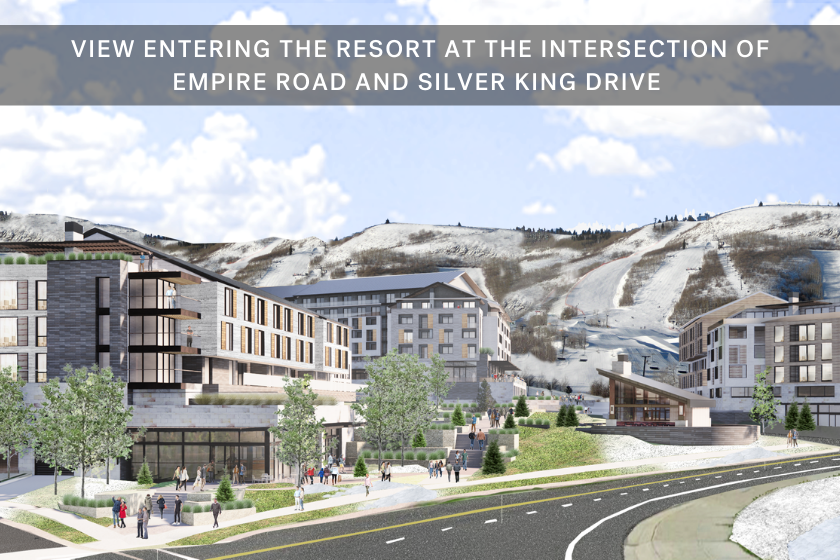 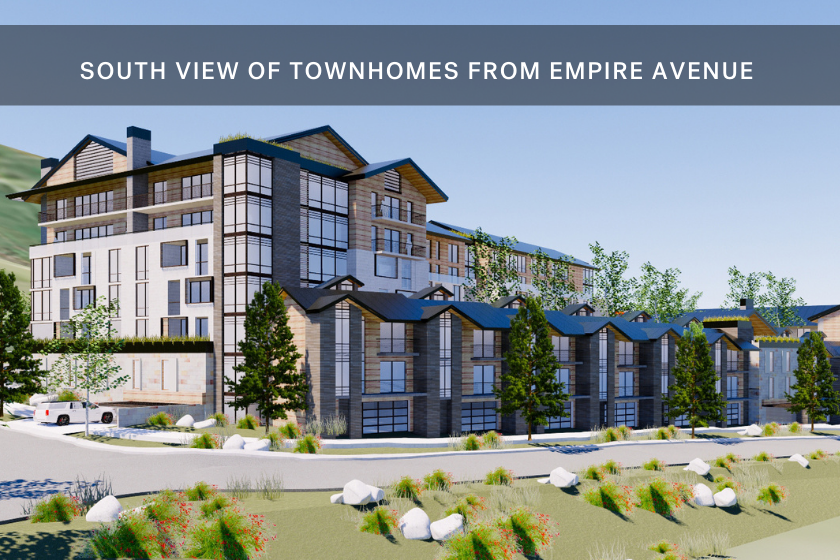 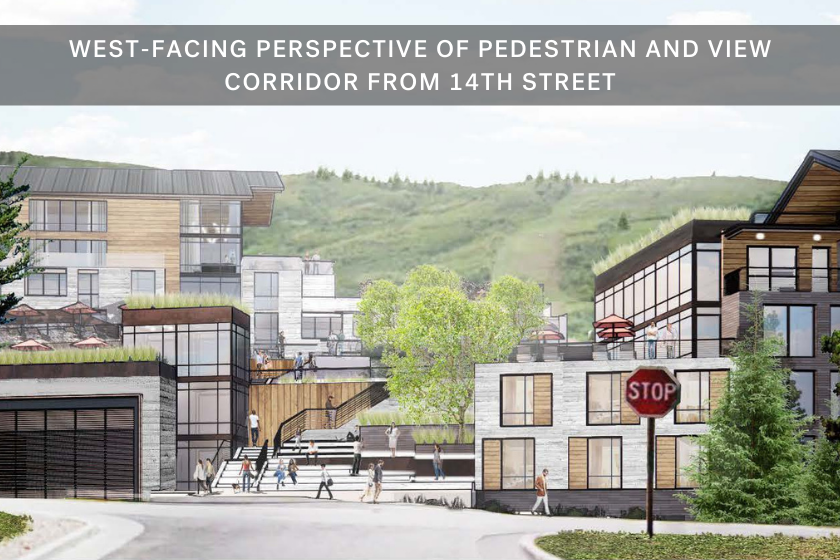 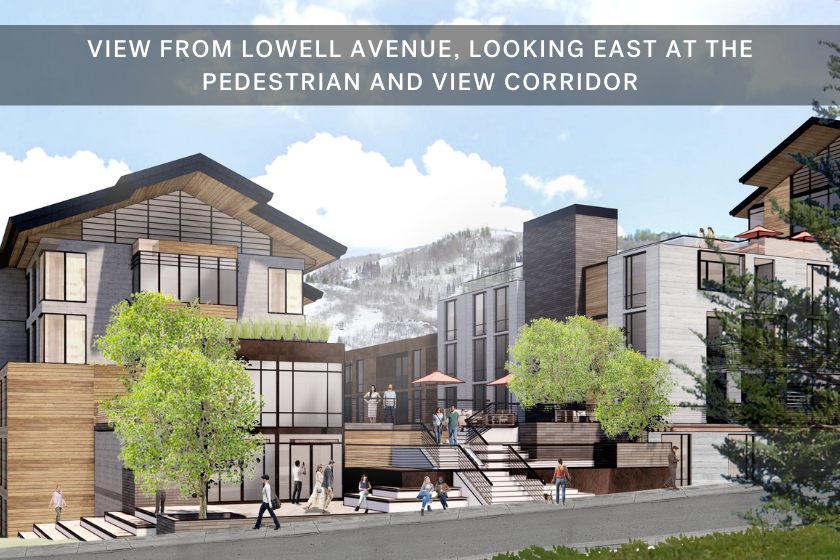