4 Tips for Dealing with Opposition Toward Your Development Project

Developing in communities that are strongly opposed to a project is nothing new to the modern commercial real estate developer. It can be easy for uninformed constituents to jump to conclusions, often accusing developers of doing anything to make a higher return—even at their community’s expense.  Regardless of whether critics of our projects are right or wrong, the ways we, as developers, deal with such situations make lasting impressions on these communities and impact how future developers are received.  Here at PEG, we’ve learned through experience that nine times out of ten, our projects are stronger after we incorporate community input.  That is why we actively pursue feedback through surveys, open houses, and beyond. While not easy, it is possible to change people’s minds.

Below are some ways that I managed to turn dirty looks and complaints into hugs and high fives in Ketchum, Idaho, the future home of PEG’s new Tribute Portfolio hotel:

Today, it is unfortunately rare that we put down our devices, look each other in the eyes, and truly listen. It is imperative that we try to understand community members’ concerns. What are they afraid of losing? What is causing them such heartache? What lies at the core of their frustrations?

A significant part of understanding these concerns is being able to really connect and relate to people. For example, share something personal like the fact that you grew up in a small town not far from their hometown. Explain that you understand their concern that the project could change the culture and feeling of the community that they love and grew up in. Rephrase their concerns back to them so that they know you heard them.

Being vulnerable and willing to interact on a personal level is one of the most effective ways to bring down walls. As you do this, you will notice a change in people’s demeaner and energy that is undeniable. They may still disagree with you, but you both at least understand where one another is coming from, and you’ve hopefully started to earn some respect.

As you enter Ketchum, there is a gorgeous view of the mountains immediately to your left.  Of course, to my disadvantage, this is also the area I am trying to entitle for our beautiful high-end hotel. The zoning technically allowed for me to build a high enough structure that would ruin the serene view for everyone else, but being able to find a creative solution will not only help the project but will also show that I, Nick Blayden the human, understand and am listening to the community’s concerns.  As result of this view corridor into town, I dropped the south part of the building by approximately 14 feet (see Figure 1 below).

When people are fearful or don’t take the time to understand what is really happening, they can spread rumors that spread like wildfire.  In Ketchum, for example, someone created a petition about the height and size of the proposed building that contained inaccurate numbers. The group that created this petition did not take the time to educate themselves on how these measurements and floor-to-area ratio was calculated, which in turn, caused everyone headaches. Fortunately, we have been able to hold open houses, put out press releases, and make presentations to dispel the misinformation in Ketchum.

When a popular Ketchum influencer attempted to stir the pot about our project at last year’s community Halloween party, we easily could’ve fired back and gotten angry. Instead, we decided to make the most of the unsolicited publicity and respond with humor in the form of a tongue-and-cheek press release. As a result, we actually ended up building a positive relationship with the very individual who could’ve caused us a lot of grief had we let him. Sometimes sharing a good laugh is all you can do.

Going through some of my recent experiences in Ketchum hasn’t always been easy or fun, but I can honestly say that the process has made for a stronger project. Plus, I’ve made some fun and eclectic new friends along the way, and what beats that? 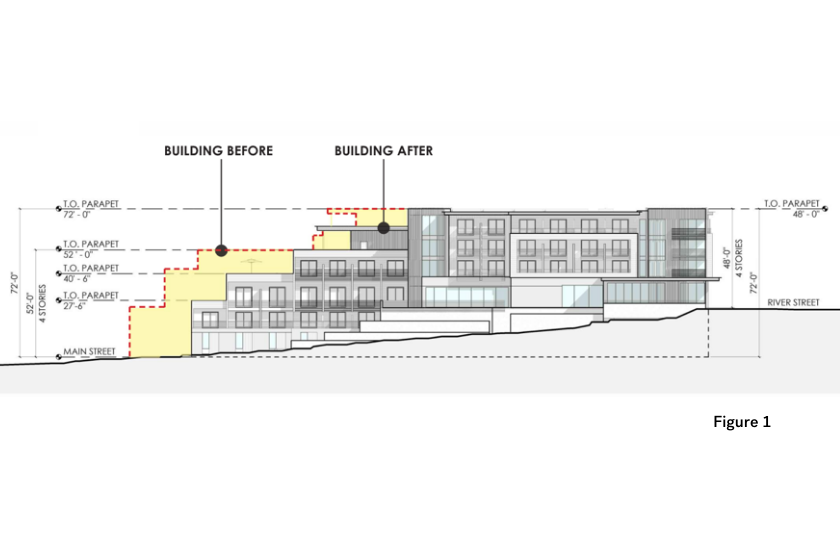